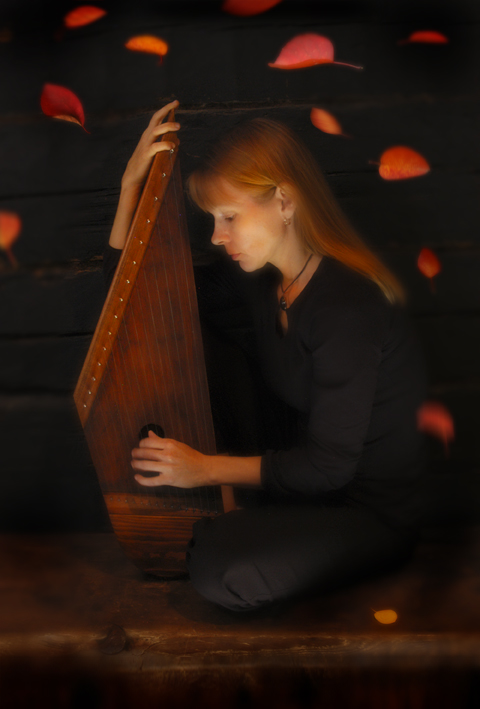 The kantele player Arja Kastinen (b. 1963) was the first Finnish folk musician to take the Doctor of Music examination in the artistic study programme at the Sibelius Academy in December 2000. What inspired her to do this was the ancient Karelian kantele improvisation. During 1997-2000, she gave five solo performances based on improvisation, entitled Music based on the ideology and the acoustical phenomena of the kantele in the Karelian kantele improvisation. The instruments she used were a 15-stringed kantele made by Keijo Säteri from Leppävirta, Finland, a 14-stringed kantele made by Rauno Nieminen from Ikaalinen, Finland, and a 9-stringed kantele brought from Karelia during the War in the 1940s.

Arja has received many grants for performing, recording, teaching and researching the Finnish kantele. She can be heard on 13 CDs, four of which are her solo recordings. She has also published several books about kantele performers in Finland and guidebooks for playing the different kantele instruments. Arja Kastinen has been performing in Finland for about 25 years and has also given performances in Europe, USA, Russia, Vietnam and now in Iceland at Tradition for Tomorrow.