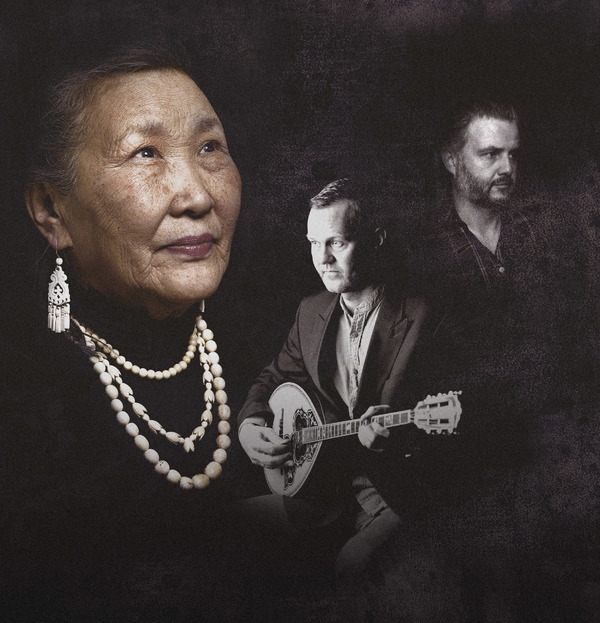 Kjuregej (Alexandra Argunova) is a Sakha- Yakutian artist. "I´ve lived and prospered here in Iceland for 46 years. I love the people, the country and the Icelandic folk songs, especially the songs of lament." (Kjuregej) The music she sings is principally from her native Yakutia, a land situated within the heart of Siberia. These unique folk songs paint vivid pictures alternately from lively Shamanic songs depicting the awakening Northland world to ghostly invocations of loss and icy cold. Kjuregej also performs nostalgic songs from Russia and from her adopted country Iceland, always in her inimitable style.

In the past there were many similarities between Iceland and my home country. In Iceland fishermen went out to sea and in Sakha-Yakutia hunters went into the forest. These men sometimes never returned, they drowned or froze to death. Although poor, the people were not necessarily unhappy. Singing helped people through the ages (Kjuregej)

On her album and when performing Kjuregej is normally joined by musicians from the East of Iceland: composer/improvisor Charles Ross plus roots rocker Halldór Warén. This time Ásgeir Ásgeirsson will perform with Kjuregej and Halldor. Asgeir is one of most versatile guitarist in Iceland playing wide variety of music everything from Balkan-music to jazz to country. Between them they create powerful accompanying soundscapes, ranging from primal throat singing, jews harp and shamanic drumming to wild gypsy violins and balalaikas. Dark, Poignant, Beautiful; immerse yourself in the atmospheric world of Kjuregej´s haunted Siberia.