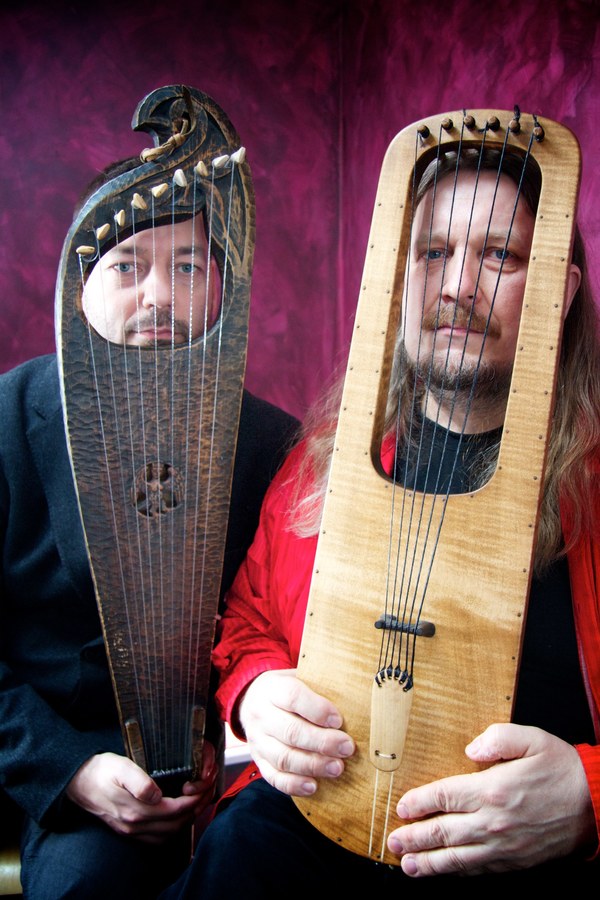 The music of the duo Ontrei is rooted in Finnish traditions and flavored by various musical styles.
"Theirs is a world of rich and captivating musical sounds that takes you into unexplored territory. Rauno and Timo create a pulsating sound-structure that can be felt as well as heard - I can only imagine how much fun they have together! Mary Pokela, Kantele 2/2014

Timo Väänänen is a multitalented Finnish kantele player. He performs as a solo artist on different sizes of traditional kantele and electric kantele and is involved in several bands, such as Suunta and Ontrei. Timo was awarded a Doctor of Music degree at the Sibelus Academy in 2008 and his main teachers were Martin Pokela and master fiddler Hope Berman. He has published a large number of CDs and DVDs.
On YouTube: Riposmix

Rauno Nieminen is a Finnish musician, instrument builder and a researcher. He has played and built instruments since the 1960's, and since 1984 he has also taught how to make instruments. His main instruments are jouhikko and kantele, but he also plays several different types of traditional Finnish flutes, jaw harp, guitar, mandolin, bass, washing board, triangle, different harps and accordions. Rauno is one of the influential people in the resurgence of jouhikko. His PhD thesis is about the jouhikko and he graduated from the Sibelius Academy in 2008.